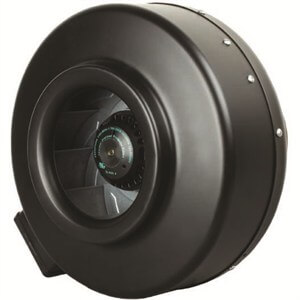 Air-cooled grow lights open up some really interesting parts of the plant world to the indoor gardener. But there's also a lot of confusion about how to set them up right.

Air-cooled grow lights are all about offering maximum light intensity without all the associated heat issues. Some plants such as those native to high altitudes in the sub-tropics only really thrive in lots of light and relatively cool temperatures these conditions are more challenging to recreate efficiently indoors. They also allow year-round indoor gardening with less need for additional air-conditioning during the warmer months. It's more efficient to tackle the heat when it's concentrated at its source rather than waiting until it has entered the room. This makes it easier to regulate the temperature of your indoor garden without over-ventilating and running the risk of reducing relative humidity levels or sucking out supplemental CO2 before it's had a chance to be utilized by your plants.

The high intensity discharge (or HID) lamp is housed within a special air-cooled reflector.

Air-cooled reflectors work by allowing cool air to be passed across the lamp during operation. The most common designs feature a horizontally mounted lamp with flanges either side to allow cool air to be ducted in and warm air out ducted out. Some designs are based on a vertically mounted lamp. In both cases the central principle is the same: use a constant flow of air to move heat from the lamp and reflector and get it out of your indoor garden.

Cooler air is better at cooling!

Common sense should tell you that the cooler the air you use, the more effective the cooling. Ideally you should take your air from a dedicated input either a cool adjacent room or from a shady outdoor wall and duct directly to your air-cooled reflector. Use a flange, ducting and jubilee clips to create an air-tight seal. While it's important to have your ducting as straight as possible, remember to give yourself enough slack so that you can move your grow lights up and down. The expelled air from the air-cooled reflector should be ducted straight out of your indoor garden, preferably via insulated ducting for maximum efficiency after all, we want to whisk that heat away before it gets a chance to warm up your garden. The key thing here is to think of your air-cooled lighting ventilation as a separate system from your garden's ventilation. Don't take short cuts and attempt to combine your garden's ventilation with your air-cooled grow light's ventilation. Simply drawing the air from your garden through your reflectors may give you less ducting to worry about but it will give you markedly less efficient cooling because this air is probably already in the high 70s Fahrenheit.

Growers use inline fans to create the air-flow over the lamp. Using an inline air filter will protect your reflector and lamp from dust and other particulates, so it's really best practice to use them. Inline extraction fans are commonly designed to be positioned close to exit vents so that they extract (or suck) air from a room. However, when used as part of an air-cooled lighting system, it's preferable to push air over your lamps that is, your inline fan is positioned before your air-cooled reflectors. Not only does blowing cool air create less wear and tear on your fan's motor than sucking warm air all the while, but you will enjoy more control over air movement in and around your garden. Blowing creates a positive pressure inside your air-cooled lighting ventilation system. If there are any leaks then air will spill into your garden and be dealt with by your garden's ventilation system. Pulling, on the other hand, creates a negative pressure inside your air-cooled lighting ventilation system, so any leaks will draw your garden's unfiltered air in.

Positioning inline fans can be tricky. Some growers fix them directly to wall flanges but vibrations can be an issue. In this case you can suspend them from the ceiling instead.

You should replace your lamps every six to nine months. Disconnect the power supply and unscrew the glass cover. This reflector has quick-release screws that make your life much easier. If the lamp has recently been in operation wait at least half an hour to allow it to cool. Next, unscrew the lamp screw turning anti-clockwise. Screw in the new lamp clockwise into the fitting using a cloth or piece of tissue paper to avoid getting fingerprint marks on the lamp. Replace the glass cover and tighten. Quality air-cooled reflectors are well sealed for maximum efficiency.

Using a jubilee clip, secure the ducting to one of the ports on the reflector it doesn't matter which side and attach the other end of the ducting to the blowing (air exit) end of your 6" inline fan. Remember, the fewer bends in your ducting, the more efficiently your fan will operate.

When air-cooled lights are set up right they can remove up to 50% of the heat generated by the grow lamp. But remember there are two types of heat associated with horticultural lighting. The physical heat generated from the lamp itself and the radiated heat in the form of infra-red light. Air-cooling only counteracts the build-up of physical heat. It does not affect the infra-red output. So, while you can certainly position air-cooled lights closer to your plants, growers still need to be aware of the importance of not overheating the canopy.

The glass panel in air-cooled reflectors does absorb some of the light (particularly UV) - so it's important to keep your reflector's glass panel clean and free of dust and finger marks. On the plus side it provides extra safety and, of course, you can significantly reduce the distance between your grow lights and your plants to exponentially increase light intensity and the incident energy hitting your plants' leaves. In short, you can position air-cooled grow lights closer without stressing or burning your plants! As mentioned earlier, this is great for plants that require really intense levels of light but delivered at relatively cool temperatures.

Air-cooled horizontally mounted 1000W lights can be dropped as low as 8 - 12" above the plant canopy.

TIP: Use an infra-red thermometer to monitor the surface temperature of your plant canopy leaves (those closest to the grow lamp) - the temperature should never read above 82 Fahrenheit / 28 Celsius)

Finally, a quick word on setting up multiple air-cooled grow lights. You can link them up in series like this, but inevitably the reflector at the end of the series is going to be warmer than the reflector at the beginning. Typically you shouldn't link up more than two 6" air-cooled reflectors or four 8" reflectors. For maximum cooling efficiency, bring in one mainline cool air duct and use T-pieces and ducting serve each light individually. Use the same principle for extracting the air.